* Highest manufacturing growth in more than 2 years in April-June, 2018

India’s manufacturing sector grew at 13.5% in quarter ending June 2018. This is a remarkable turnaround for a sector that shrunk in April-June, 2017 (partially as a result of manufacturers delaying production before the GST rollout). 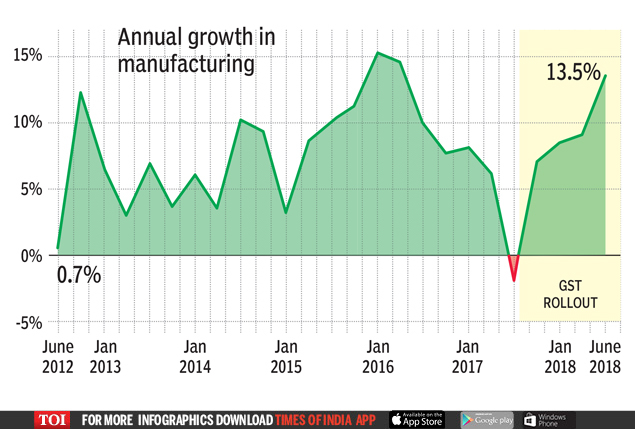 While some of this growth can be attributed to a low base, much of it is a direct consequence of the GST rollout. An analysis of the Index of Industrial Production data reveals that industrial output of the manufacturing sector has seen sharp and sustained growth since the GST was implemented. 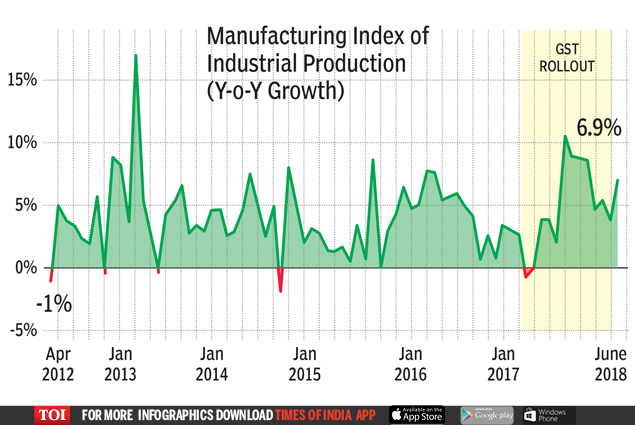 GST Winners
Automotive manufacturers have been the biggest gainers. Growth in cars and vehicles manufacturing IIP has been at its highest in six years.

EVEN MORE SCOPE FOR IMPROVEMENT
Further simplification of the GST can unleash even more value in the manufacturing sector. Ailing industries that are dominated by SMEs like textiles and rubber & plastics products have much to gain.