Preliminary investigations by the indirect tax department found that many companies had increased their capital expenditure after GST was rolled out on July 1, 2017. In several cases, many Bengaluru and Hyderabad based IT and ITeS companies had placed orders for some equipment-—mainly servers—long before GST implementation but took deliveries of these after GST was rolled out.

Taxmen suspect that this was done to take credit on these purchases under GST. Taking credit on such expenses and investments was not possible in the earlier tax regime.

“There could be cases where firms have planned their capex well in advance to ensure that the procurements are done after the GST roll out in a perfectly legitimate manner. However, the onus of demonstrating the same with appropriate purchase orders, invoices and capitalisation details would be on the firms,” said MS Mani, partner, Deloitte India.

Many companies especially in telecom, banking and IT/ITeS sector, say insiders, had put some of their investments on hold until GST was rolled out. No notices have been issued yet, but about 100 companies are under scrutiny and in some cases a letter by the commissioner is being written, seeking explanations on credit taken on such transactions.

Tax experts point out that similar expenses—buying equipment or furniture in offices-—were treated differently depending on whether the company was in to manufacturing or services. Companies in services sector were not allowed to set off these purchases or investments against future tax liability . 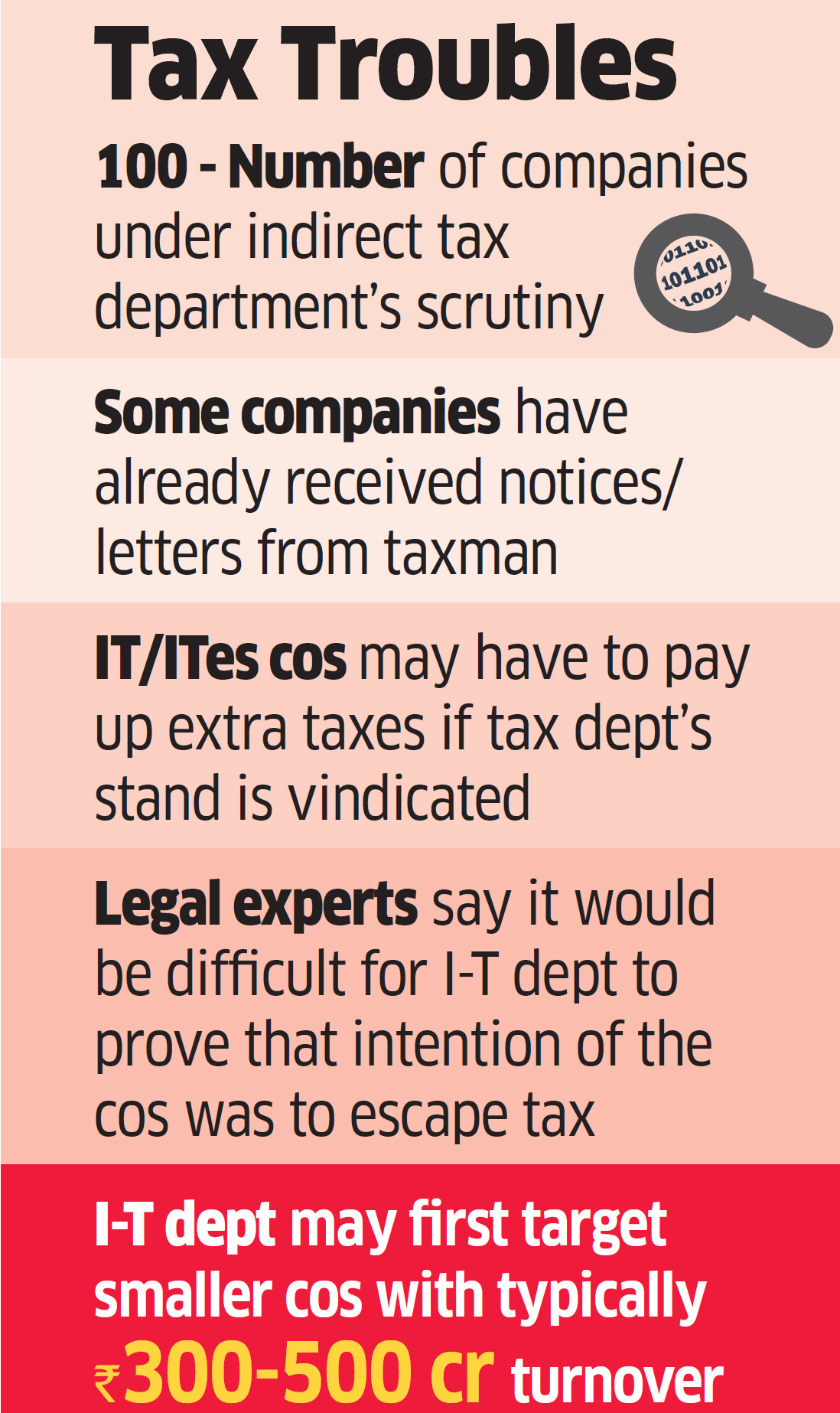 Under the GST framework, even services companies can take credit of these expenses.

Credit mechanism is basically setting off some of the costs against future tax liabilities. Legal experts say that it would be difficult for the tax department to prove that intention of the companies was to escape tax.

“It is debatable whether an IT firm had deliberately placed an order before GST was rolled out and took delivery only to take credit of such an investment.

The tax department may first target smaller companies— typically Rs 300-500 crore turnover, say people in the know. Some of the bigger companies are also under scrutiny but they may receive notices at a later stage. The issue came to the tax department’s attention as there was a tremendous spurt in the credits availed by these companies.

“In some cases the credit claimed by these companies has jumped by about 50%. When these credits are taken what happens is that the GST outgo comes down,” said a person close to the development.

Under scrutiny are also those companies that may have tweaked their purchases.