DPIIT working out scheme enabling accredited investors to fund startups without any hitch : 13-03-2019

India is eyeing a new framework for recognising investors so that they won’t be subject to the so-called angel tax provisions on their funding of startups. The Department for Promotion of Industry and Internal Trade (DPIIT) is looking to put in place such a regime so that investors will be able to fund startups without any limit.

“We are examining if a mechanism can be created for accrediting investors,” said a government official aware of the matter, details of which are being discussed.

The DPIIT will hold discussions with stakeholders on the proposed framework, which will help startups raise funds from accredited investors without any hitch. The accreditation regime is being envisaged as a simple procedure, said the person cited above. 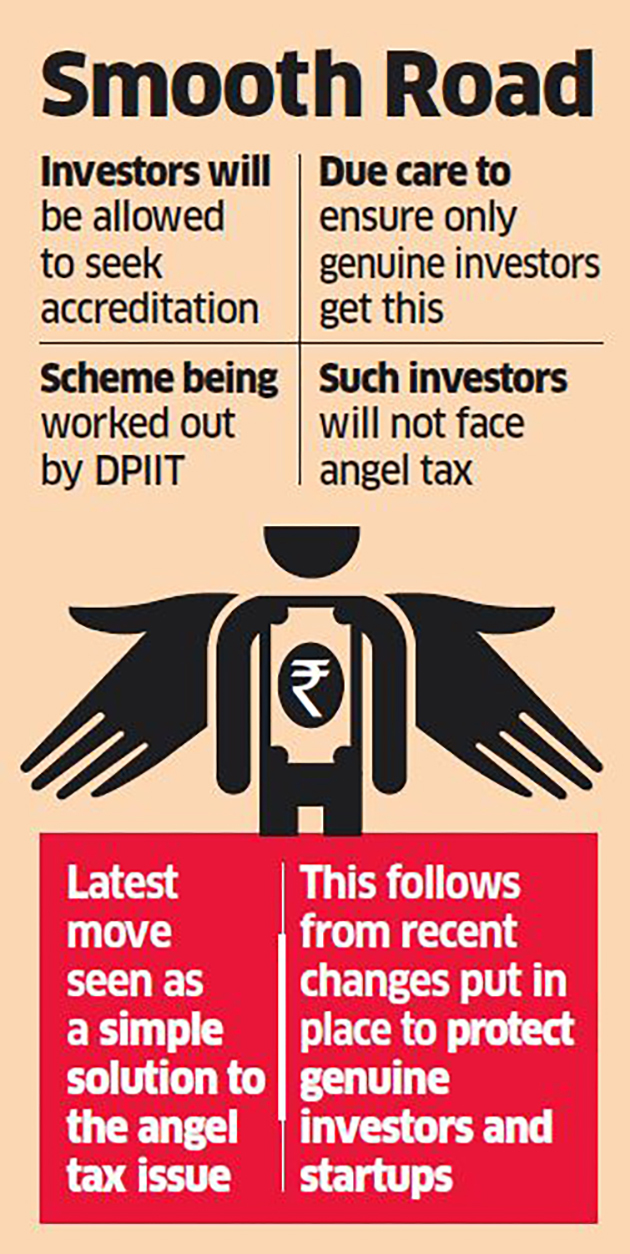 The idea behind the move is that if a startup receives funding from a genuine, recognised investor then there is no fear of money laundering and hence the investment should not be scrutinised or face the so-called angel tax.

Section 56(2)(vii)(b) of the Income Tax Act provides that if a closely held company issues its shares at a price that exceeds fair market value, the difference will be taxed as income from other sources. This provision, touted as an anti-abuse measure, was introduced by former FM Pranab Mukherjee in 2012.

It was dubbed angel tax after several startups received notices under Section 56(2)(vii)(b).

The latest move is seen as a simple solution to the angel tax issue faced by startups, following on from recent changes put in place to protect genuine investors and startups. The DPIIT last month amended the startup framework, raising the limits for investments that would not be scrutinised for angel tax.

The changes meant that a firm can be a categorised as a startup even if its turnover for any of the financial years since its incorporation hasn’t exceeded Rs 100 crore instead of the earlier cap of Rs 25 crore. The investment limit for exemption from this tax was raised to Rs 25 crore from Rs 10 crore. Besides, investments by listed companies with a net worth of Rs 100 crore or turnover of Rs 250 crore in an eligible startup will be exempt from the section beyond the Rs 25 crore limit.